For extracting correct physical quantities from impedance spectra, the spectra must exhibit very high quality and must not contain errors. However, even small changes to the system during measurement can lead to an invalid and uninterpretable impedance spectrum. Since such changes can never be fully avided in an experimental environment, the challenge is to determine if the spectrum is valid or not a posteriori, and only by considering the impedance spectrum itself. A relevant criterion has to be tailored in such a way that it can judge impedance spectra from various electrochemical systems, measured under arbitrary conditions. Hence, the only suitable criterion needs to be derived from the fundamental requirements put on a system for measuring valid impedance spectra; namely linearity, time-invariance and causality. Such a criterion is represented by the Kramers-Kronig relations: They describe a mathematical connection between the real part and imaginary part of a valid impedance spectrum.  This connection applies if the tested system fulfils the aforementioned requirements.

A brief derivation can be found for example in M. Schönleber, D. Klotz and E. Ivers-Tiffée, A Method for Improving the Robustness of linear Kramers-Kronig Validity Tests, Electrochimica Acta 131, pp. 20-27 (2014), 10.1016/j.electacta.2014.01.034. A more detailed derivation can be downloaded here.

The Lin-KK program is a free tool for quick and automated testing of impedance spectra, based on the theory mentioned above. The test result is given as residuals, which represent the relative deviation between the measured figures and an according Kramers-Kronig-ideal spectrum over frequency. 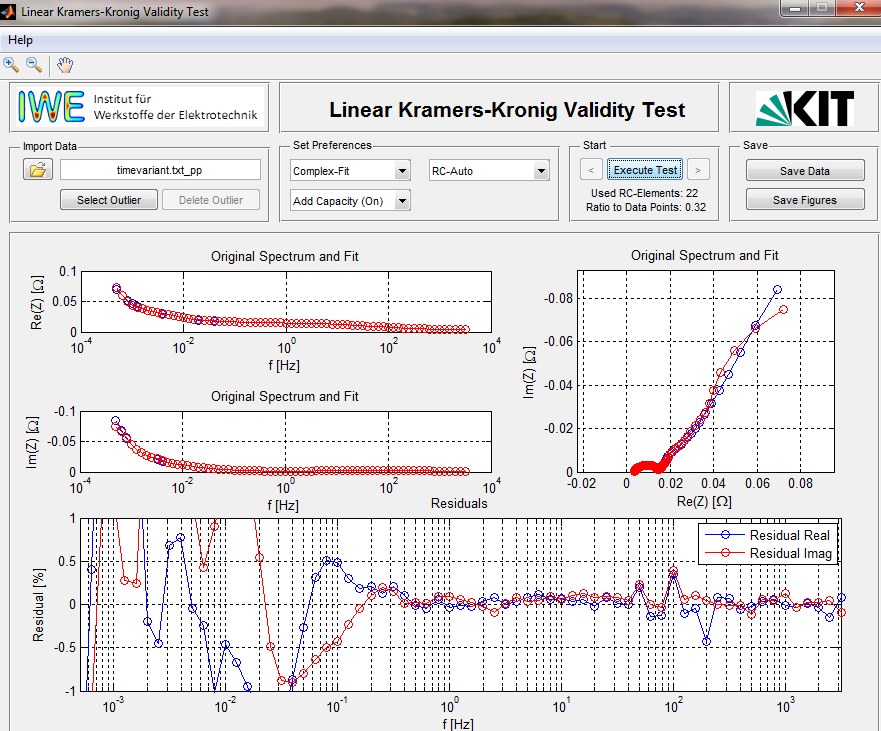